You are here: Home / News / Two Cents / Athlete Branding and Cult of Personality 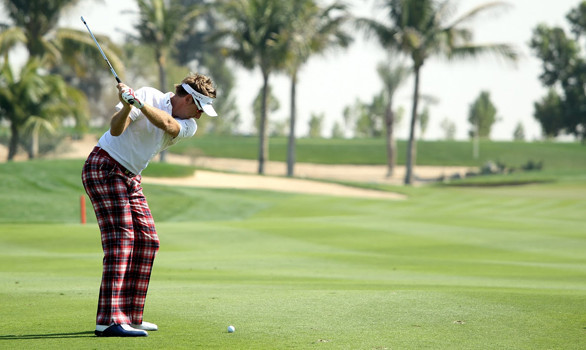 Athlete Branding and Cult of Personality

Ian Poulter is an interesting character. He is a top 25 ranked professional golfer from the UK, a high-profile endorser of Cobra Golf Equipment and Mastercard, has his own clothing line and importantly, he is a phenomenal marketer of himself.

The thing that interests me most about Ian is that he has gone about building his image in his own way. Firstly, he is a twitter sensation. He has well over 1 million followers and is avid about tweeting his own life and responding to tweets back to him. Additionally, he has an amazing personal website, which he uses to tell his own story, speak about his golf, his cars, his passion for Arsenal Football Club and of course his endorsers and equipment. Unlike most sports celebrities, he speaks his mind, is comfortable sharing a joke or a robust comeback to his legion of excitable fans. His personality is on show, for better or worse, at all times.

I have been involved with professional sports and have worked in personal branding for athletes for a long time, and Ian doesn’t fit the mold I think most athletes believe is required for personal branding. Ian isn’t a robot, he isn’t always politically correct and most certainly doesn’t suffer fools lightly. He is proud of his success and doesn’t mind showing it. So how come he is one of sports most marketable stars?

It is no secret to business people and marketers that finding a niche is critical in setting up a company, and defining a brand to suit your culture is equally critical in defining your company to the market. In athlete branding, I see too many athletes, agents and companies trying to go down the familiar, safe, but well-worn path of trying to project themselves as being the ultimate human being – family oriented, church on Sundays, giving back to the community, never-put-a-foot-wrong civic leader. Now they are great aspirations and I am not suggesting otherwise, accept that A) it isn’t possible to be that person, B) it’s vanilla, and unless you are both huge in profile and freakishly well-meaning (Tebow) you will come across as bland and C) it is a hard sell – companies want to align with similar characters and feed off the brand and culture that person exudes. To do this, the athlete needs to be defined in some way (preferably) beyond their athletic profile.

Ian Poulter has found his niche. He doesn’t have to justify who he is, because his sponsors love his frankness, his availability to his fans and his ability to generate interest and therefore media attention. It helps that he is a great player, but a quick look above him on the world rankings table highlights that his profile is well above other similarly ranked players. Ian doesn’t apologize for the things he says, it is what makes him a marketable character in a world of drones.

My advice to professional athletes, regardless of profile, is that to make an impact beyond the field, it is important to aim for a few critical goals;

1. Define yourself, before someone does it for you.

2. Be yourself, show personality, share your passions – this is what makes you different from everybody else!

3. Communicate – for some it is social media, others it’s TV, journalism or being the face of a charity. Decide who your audience is and open a sustainable, two-way method of communication with your audience.

4. Brand yourself – even if you define who you are and what you stand for, that message needs to be heard. To do that, it makes sense to invest in yourself a little. Get a quality website, social media stream of some sort, create a media kit – and make sure the branding (both the images, like a logo and the words such as your mission statement) is clear, consistent and professional.

5. Finally, find your niche. If you are an NFL player who happens to love gaming for instance (David Price and his followers regularly play online, David is as well-known for his FIFA Soccer skills as his pitching for the Ray’s… well nearly) then be comfortable sharing your passion, your humor or your devotion with the public, to a level you feel comfortable with.

The benefits will reach well beyond just finding endorsements or building a cult following. You will have a far better relationship with the public (who love you for your quirks and personality), the media (who understand that those who have a story generate news, and are careful not to bite the hand as often), your sponsors (who need that story to align their brand with a personality who fits their message), your team (teams want characters and good role models) and yourself – being true to who you are and what makes you an individual away from the arena.

Want to join the discussion?
Feel free to contribute!